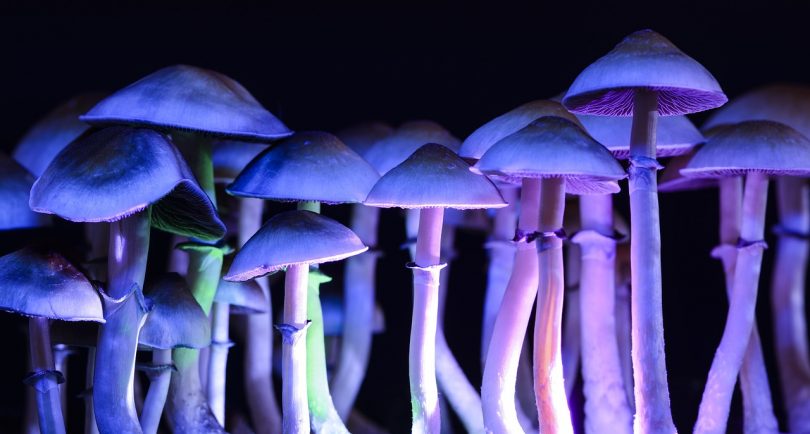 An increasing number of professionals are beginning to use low doses of psychedelics in the workplace to increase productivity and creativity. [1] Although psilocybin, the active constituent in magic mushrooms, is the most popular choice for microdosing, some workers in Silicon Valley also utilize other psychoactive substances such as lysergic acid diethylamide (LSD).  Workers can continue being productive despite ingesting a psychoactive substance because it is taken at a much lower dose than that used for a psychedelic experience. This can be as little as 1/20th of what someone would take for a recreational experience with the psychedelic. [2]

Taken in larger amounts, many people attribute the ingestion of psychedelic substances to resemble deep meditation due to the enhancement of cognition mediated through serotonin receptors. [1] The thought with microdosing is that ingestion of smaller doses of psychedelics increases cognition but to a lesser extent. The goal of microdosing is to not feel intoxicated while working but still achieve cognitive benefits by reaching the ‘sub-threshold dose.’[2] Microdosing psychedelics is typically done either every other day or every three days to ensure all residual effects from the previous dose are out of the system. [2]

Beyond creativity and productivity, microdosing psilocybin could have even more benefits. Research has indicated that psilocybin is helpful in reducing severe depression and reducing dependence on other substances like tobacco and alcohol. [2]

So, should everyone start microdosing psychedelics at work? Microdosing may be most beneficial for people who have jobs where they need to be creative and often ‘think outside the box.’ In one open label study, microdosing with psychedelic truffles boosted divergent (solving problems or coming up with ideas by evaluating many solutions) and convergent thinking (single answers to given problems). [1] Looking at about 100 microdosers of various substances, another investigation based on self-reported surveys found positive benefits on mood, attention, creativity, agency, well-being, and mystical experiences, although these effects were limited to dosing days. [2]

A Forbes article also noted that workers in extremely competitive and fast-paced environments like Silicon Valley are trying other semi-radical techniques to improve their performance at work such as cryotherapy and intermittent fasting. Microdosing psilocybin or other psychedelics regularly may not be something that should be practiced by everyone. There could be unpredictable adverse effects for people who suffer from mental health disorders, and everyone’s experiences will differ based on their brain chemistry.

In the current cannabis culture, the labeling of s

Thanks to the lengthy prohibition of cannabis in t

THE COUNTDOWN IS ON !! ⏱ Get ready for the The O

MACE Media Group is excited to announce the speake

The legalization of cannabis in Canada in 2018 set

The cannabis plant itself is at the heart of the i