Terpenes and cannabinoids are two buzzwords familiar to those in the cannabis industry but perhaps not so for the casual cannabis connoisseur. Both serve specific purposes and have similar things in common, yet at the same time, they’re vastly different. If you’re not sure of the difference between cannabinoids and terpenes, you will hopefully be able to discuss it at your next vaping party – get out that Volcano vaporizer – because we are here to educate you so you can sound like a true connoisseur.

Most people are more familiar with cannabinoids than terpenes. After all, the cannabinoids THC and CBD are making a big splash in the industry. These are the two – among the many compounds in the cannabis plant – with medicinal value. However, if you really want to look into how cannabis affects you, the terpenes have their own jobs.

The Purpose of Terpenes

Have you ever noticed how even among the same chemovars cannabis can smell different? How it has different notes, different aromas? Those are the terpenes doing their work. Terpenes are fragrant volatiles compounds that give cannabis its unique properties. Of course, they provide more than just aromatics, but like the notes in fine wine, terpenes give cannabis its aromatic and flavor profile.

The oils are secreted in the resin gland of the plant, which also produce the cannabinoids THC and CBD. However, terpenes are not unique to cannabis and are found in other plants and fruits as well as herbs.

When you combine different terpenes with different cannabinoids, you get what is called the “entourage effect.” This effect describes how different cannabinoids and terpenes, sometimes referred to as terpenoids, combine and lock onto different receptors in our brains to produce a unique high. When combined, terpenes work synergistically to enhance their therapeutic benefits.

Most terpenes catalyze or inhibit the formation of specific compounds in cannabis. Functional studies of terpenes allow scientists to manipulate the compounds to achieve particular ratios. 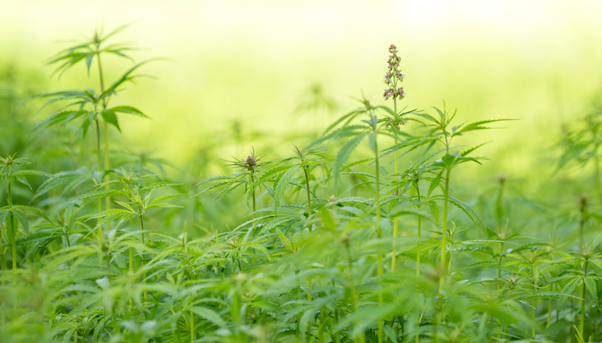 For example, if you’ve noticed the difference between an indica that’s packed with the terpene limonene, and a sativa enriched with linalool, then you’ve found the purpose of terpenes and how these little flavonoids can enhance your cannabis experience.

Testing for Terpenes and Potency

As knowledge of terpenes and cannabis testing for potency becomes more widespread, you will see that dispensaries and stores cancater to specific tastes and highs.  People will be able to pick and choose cannabis for the amount of terpenes, THC or CBD content, or other cannabinoids present. This will allow for a more customized experience, all based upon what the consumer – or the patient – wants and needs.

Michael is a marketing and creative content specialist at GotVape.com with a primary focus on customer satisfaction. Technology and fitness combined with healthy lifestyle obsession are his main talking points.