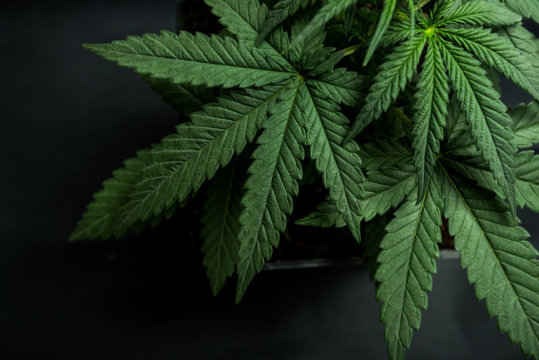 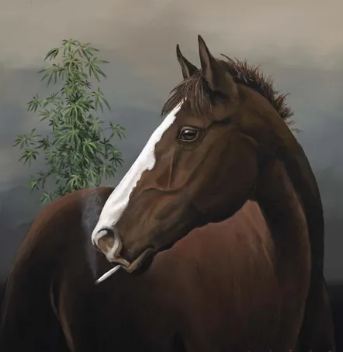 Robert Deyber has brought his artistically whimsical perspective to many areas of popular culture.  However, when he focused on cannabis, the Greenwich Ct. born visual raconteur reached a new high.

And not necessarily by ingesting it.

Instead Deyber, inspired by a devotion to Surrealist geniuses René Magritte and Salvador Dali as well as the 15th Century Rebus Art Form (a device that utilizes pictures to represent words or part of words, essentially a picto-language that has held sway over traditional cultures including as the ancient Egyptians, Chinese and Europeans), combined visuals with underlying familiar idiomatic phrases-and paintbrush-to create ‘High Horse’ and ‘High on the Hog’, cannabis-related images that are sure to catch the eye and raise a smile. http://bit.ly/_Robert_Deyber_Cannabis

The cultural revolution of the 1960s birthed a unique marriage of marijuana and artists.  While cannabis has been a muse of the art world and those who create in all mediums for decades, Deyber’s clever spin with words and images stands distinctly on its own. Deyber’s ‘phrases as images’ move the viewer in and out of visual themes and storylines; his colors and light are often contrasted against the landscape and scenery of the legendary artist’s surroundings. Deyber delights in creating amusing visual homages to nature, animals and his sub-conscious. His paintings are, at the same time, inviting and intriguing. 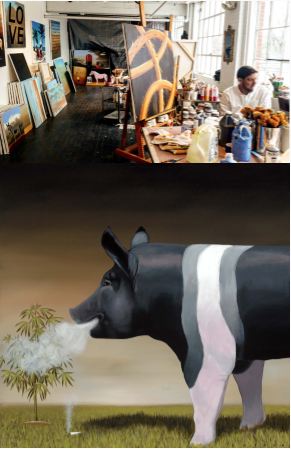 “I consider each painting a story, with a beginning, middle and an end. There have been paintings which have been in the beginning stages for three years. This same is true with the middle stage. Eventually, each painting presents itself and draws to a logical conclusion”-Robert Deyber.

Robert Deyber’s seemingly ambiguous tone between sincerity and irony makes his artwork distinctly contemporary, his visual vocabulary distinctly his own, his worldwide audience vast. Deyber’s work has been featured in international collections.

‘Robert Deyber’s goal is to create a visual experience on canvas, where the viewer feels a little intoxicated just by looking at the paintings.”-Martin Lawrence Galleries

Martin Lawrence Galleries is proud to be the exclusive representative of Robert Deyber’s work and offers both unique paintings and original limited-edition prints in each of its nine world-class fine art galleries across the country, as well as on its newly enhanced and expanded website www.martinlawrence.com.

Since 1978, Martin Lawrence Galleries (MLG)-headquartered in Greenwich, Connecticut with nine gallery locations nationwide including La Jolla, New York, Chicago, Dallas, Las Vegas, New Orleans, San Francisco, Costa Mesa, Maui have been assisting and advising collectors as they consider acquiring fine art.  (MLG), has prided and defined ourselves as both publishers of fine art prints and sculpture from the most talented contemporary artists-both North American and European-and home to modern and contemporary masters like Picasso, Chagall, Warhol, Calder, Magritte, Basquiat, and Murakami. We are incredibly proud to have lent and exhibited over 200 masterworks, created by more than 30 different artists, to 30+ world-class museums around the globe…including the Louvre, the Pompidou, the Metropolitan, the Whitney, the National Gallery, the Tate and the Hermitage- where we are the sole sponsor of the first ever exhibition of the work of Erté, the father of art deco and we proudly publish works by artists including Kondakova, Hallam, Bertho, Fressinier, Lalonde and Deyber. For more information visit martinlawrence.com.