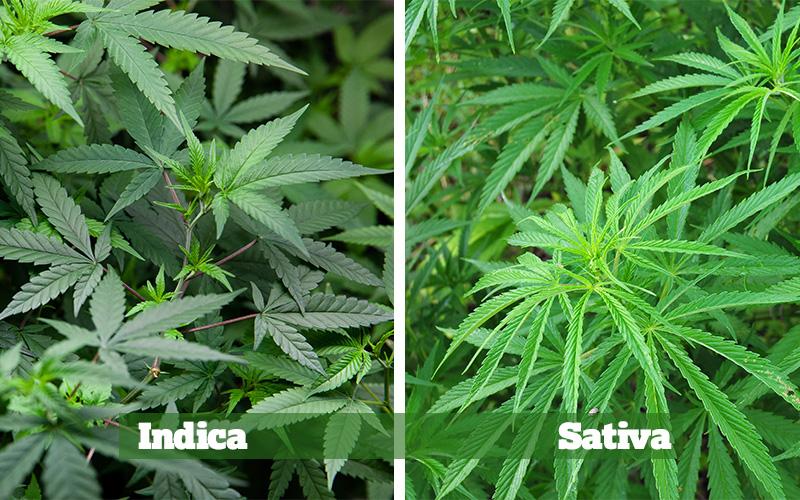 Indica and sativa are the two go-to terms in most cannabis consumers’ playbook, used to separate cannabis in two diametrically opposite categories – indica is meant to make you relaxed and even sleepy while sativa supposedly lifts you up.

But the truth is that these deeply entrenched in cannabis culture terms are mostly a myth, and a cannabis cultivar is too nuanced of a notion to be captured by this simple distinction.

It’s believed that cannabis was first found or classified as cannabis in 1753.(1)Indica is Greek and Latin for “India” and was named after the region it was largely grown in,whereas sativa isn’t nearly as exotic, simply meaning “cultivated” and used to be found mostly in Africa and the Western world.

In general, it’s widely considered that indica is short and bushy while sativa is tall and skinny, but even if that was the general rule of thumb back in the day, it surely isn’t nowadays, with years of cross-breeding creating multitudes of hybridized cultivars.

Most importantly, even if those widely accepted characteristics happen to be true in some cases, the bottom line is they are too simplistic and limited to reflect a cultivar’s complex nature and effects.

“The clinical effects of the cannabis chemovar have nothing to do with whether the plant is tall and sparse vs. short and bushy, or whether the leaflets are narrow or broad,”says Ethan Russo, neurologist and cannabis researcher.

Cannabis has gone through so many genetic cross-overs throughout its rich, unregulated history that researchers are adamant that most cannabis is some form of hybrid. In fact, not just a hybrid, but one that derives from indica, according to Cannabis: Evolution and Ethnobotany by professors Robert C. Clarke and Mark D. Merlin.

What is the proper indicator for a plant’s effects?

“Terpenes seem to be major players in driving the sedating or energizing effects,” says Jeffrey Raber, founder of the Werc Shop, the first independent testing lab to analyze cannabis terpenes in a commercial capacity.

And it’s not just terpenes alone. It’s the THC and CBD ratio and the pronounced entourage effect between terpenes, cannabinoids, flavonoids and anything else that makes up the complex cannabis profile. The effect cannabis has on us varies from person to person as well, from mood to mood, from one current physical condition to the next.

Our understanding of cannabis cultivars, and everything that gives them their specific properties is still limited, but it’s starting to unfold.

Even though the terms “sativa” and “indica” alone technically don’t mean much, their use in mainstream cannabis culture can still prove useful, like a starting point or the first, most imprecise extraction phase which weeds out the two most diametrically opposite elements.

However, between sedation and elevation there’s a myriad of levels, and a more in-depth understanding of cannabis can help us determine which is the perfect step for each individual.

Coming soon: what geneticists say on the subject of indica and sativa. Stay tuned.

As scientists study cannabis, more of the plant’

#Depression is a common mental disorder, having in

Join us for our quarterly FREE webinar covering to