As the cannabis industry continues to evolve, so do the definitions of “drug labs”.  Recently, a highly-regarded testing lab was raided in Pasadena–resulting in two arrests for the illegal manufacturing of concentrates.  If the arrests had anything to do with illegal concentrates and extraction methods, does that mean everyone who makes dabs fall under California’s manufacturing lab statute?

This brings up several questions that have many in the industry wondering where is the line between professional concentrates makers, cannabis testing labs, and BHO labs.

Where Medicine and the Law Crash

To put this problem into a larger context, consider the following:  Patients that are prescribed medicinal cannabis require different dosages.  Some need concentrates due to their potency.  Concentrates are legal in California.  However, it is illegal to manufacture them.  But patients need their medicine.  Not only that, patients (as well as the physicians that prescribe them) have an interest in not ingesting dangerous contaminants that sometimes (often) appear in concentrates.  These are known as residual solvents.

So cities that wish to provide safe access for their patients will sometimes require that the medicine provided to their citizens is tested and safe for consumption.  Labs are needed for that.  Those same labs are sometimes responsible for the production of professional concentrates, engage in residual solvent analysis, and may also experiment with safer methods of extraction–furthering science and health for all who benefit from it.

Now the lines get blurred even more when law enforcement is already trained in finding drug labs that fall squarely into the California Health and Safety Code for manufacturing hash oil.  The reasons why a lab or manufacturer falls under the radar of law enforcement is an entirely different story by the way.  But when drug experts hone-in on an extraction operation, public safety concerns take top priority and search warrants are likely signed by well-intentioned judges.  All along, the problem may have to do with a very critical word in California marijuana law.

“Extraction” holds very real and potent legal consequences to anyone who engages in concentrates production.  The reason for this is because California’s manufacturing or “Drug Lab” statute defines the process as “either directly or indirectly by chemical extraction or independent chemical synthesis“.

So think about the endless possibilities of what that means.  All forms of concentrate production methods, whether it be butane, isopropyl alcohol, acetone, pentane, toluene, or ice water, ultimately fall within this manufacturing definition.

Looking to the legislative history and intent of the manufacturing law gives more clues to why the punishment is harsher than cultivation or possession.  Adopted in 1985, the California Legislature specifically enacted the provision because of the dangers posed to the public from the use of hazardous substances like fires, fumes, and explosions.  The Legislature expressed concern for the unique dangers to the general public that arise in the course of the illicit production of controlled substances.  These is why we tend to see language referring to “clandestine drug labs” as descriptions for such operations.

What About the Method of Extraction?

Some talk about closed-loop CO2 extraction methods and others distinguish isopropyl alcohol as more clinical and sophisticated means of producing concentrates.  But this is where the industry gets tricky because medical minds may not see eye-to-eye with the justice system.

One lab’s method of extraction could mean the difference between facing serious felony charges and holding a respectable place in a cutting-edge medicinal race.  The answer may lie somewhere in between several very important factors.

What jurisdiction and what agency is involved in the investigation will carry the most weight.  Absent that, the following are also very important factors in distinguishing a drug lab from a botanical or testing lab:

1. Is the Extraction Method Dangerous?

People v. Bergen (“Bergen”), along with several more recent appellate decision that echo its holding seem to agree that the Compassionate Use Act (the “Act”) is not to be construed to supersede legislation prohibiting persons from engaging in conduct that endangers others or condone the diversion of marijuana for nonmedical purposes.  Taking note from the Bergen decision, courts routinely disapprove of butane extraction methods due to the inherent danger it causes to those who don’t appreciate its volatility.  In California, in fact, growing sentiment against “clandestine drug labs” is more apparent when considering the State Senate’s unanimous bipartisan vote to increase the punishment of BHO labs.

A handfull of courts have given great weight to supporting manufacturing charges against laboratories where the evidence clearly shows a profit-oriented operation.  This can take many forms unfortunately–and often leads many reasonable and intelligent minds to disagree.  How does a testing lab or concentrates maker keep its lights on without finding a balance between supplying medicine and providing a service or product?  Oncologist and laboratory technicians didn’t go to school and risk their licenses so that they could be called operators of a “clandestine drug lab” .  Thus, professional and up-to-date record keeping are a must with any laboratory that engages in this area of the cannabis industry to show they are either 215 compliant or hold other sanctioned permits. 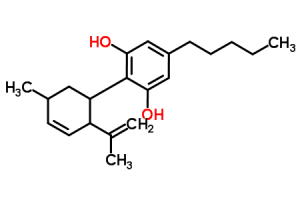 Everyone feels a little better when a framed license is hanging from the wall.  This is why doctors and lawyers do it after all.  It establishes trust and some standard of care that things will being handled professionally.  For testing labs, it should be a no-brainer that lab technician certifications and other State Board credentials be shown prominently at the site.  Health departments in many cities and counties want to see clean facilities and will routinely require some kind of inspection to make sure the proper equipment and safety measures are available for potential hazards.  Other licenses may be required at the local, state, and even federal level to make sure the testing site is up to par with current guidelines.

One other area that distinguishes some labs from others is research.  Many forget that the medicinal cannabis industry is growing faster than almost any other curative substance.  In some ways, it parallels the accomplishments of breakthrough programmers who experiment and share source code to create mind-blowing digital technology.  Research still holds a special place in in the eyes of the government and will be afforded the respectable glance it deserves when law enforcement is curious about the activities of a laboratory operating in town.

Legislatures outside of California are starting to set very strict guidelines on the issue of concentrate manufacturing in jurisdictions where laws are more lenient.  This is important to note since every state is learning a little bit from the other when it comes to establishing responsible standards and regulations for practitioners in the medical cannabis industry.