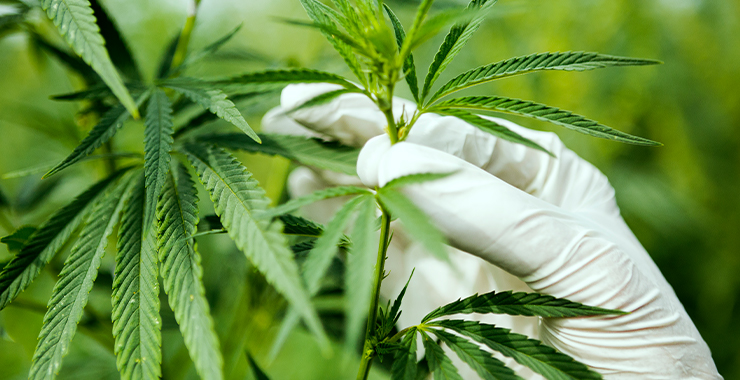 WASHINGTON – Congress should streamline the cumbersome, redundant and unnecessary regulations surrounding research on cannabis, making it easier for psychologists to continue studying its beneficial uses and developing effective treatments for its abuse, according to the American Psychological Association.

“The scientific community is eager to advance cannabis research on both the harmful and therapeutic effects of cannabis and its derivatives,” APA Chief Scientific Officer Russell D. Shilling, PhD, said in prepared remarks to the subcommittee on health of the House Committee on Energy and Commerce. “Without access to an expanded range of cannabis products engineered under the Food and Drug Administration’s Good Manufacturing Practices, scientific research cannot hope to keep pace with the ever-expanding recreational and medicinal cannabis marketplace.”

Psychologists are interested in studying a wide range of range of scientific questions that require a broader supply of cannabis products, including how the route of administration and potency influences the possibility of abuse, the risk for cannabis use disorder, and its effect on cognitive abilities, risk for psychosis, and motor vehicle operation, as well as the potential therapeutic uses for cannabis derivatives, Shilling said.

He asked that Drug Enforcement Administration be relieved of its role in reviewing requests to conduct cannabis research, arguing that institutional review boards and the FDA are more appropriate bodies to manage this task.

DEA involvement in this scientific protocol review “adds significant delays for scientists seeking to initiate cannabis research,” he said. “This is particularly troubling for junior scientists who must demonstrate significant progress early in their careers in order to receive those first [research project grants] and the time it takes for registration and approval of Schedule I protocols serve as a strong disincentive for early career scientists to initiate research on cannabinoids.”

Scientists receive special training in the ethical and responsible conduct of research, he said. The risk of theft is small and cannabis has proved to be a relatively safe drug to administer in research laboratories, he said, noting also that there has never been a recorded case of cannabis overdose resulting in death.

“There is no longer any doubt that at least some of the chemical constituents of cannabis have therapeutic benefit, and cannabinoids have been approved by the FDA for the treatment of various medical conditions,” Shilling said. “It is critical that cannabinoid research catch up with the real-world use of this class of compounds to better understand their harms and to develop effective treatment for those who develop (cannabis use disorder), as well as to unlock their potential therapeutic efficacy in treating a variety of medical conditions.”

The American Psychological Association, in Washington, D.C., is the largest scientific and professional organization representing psychology in the United States. APA’s membership includes nearly 118,400 researchers, educators, clinicians, consultants and students. Through its divisions in 54 subfields of psychology and affiliations with 60 state, territorial and Canadian provincial associations, APA works to advance the creation, communication and application of psychological knowledge to benefit society and improve lives.