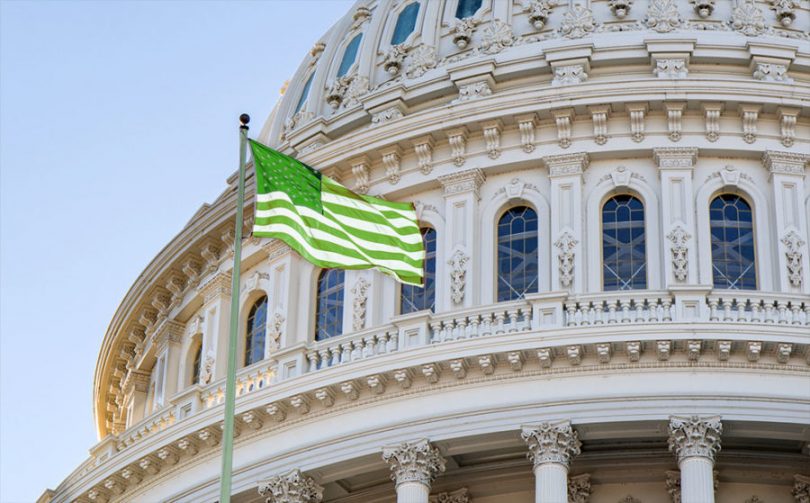 Washington, DC: For the first time, the House Subcommittee on Financial Services and General Government Appropriations has included language seeking to protect the employment of federal employees who consume cannabis in legal jurisdictions.

“Denying responsible adults access to federal employment opportunities for engaging in state legal conduct is counterproductive and it disproportionately impacts the veteran community. The final appropriations package must maintain these provisions to give a sense of comfort and certainty to those residing in the continually growing number of states that have given ended their failed war against cannabis consumers,” said NORML Political Director, Justin Strekal.

The Committee encourages OPM to review its policies and guidelines regarding hiring and firing of individuals who use marijuana in states where that individual’s private use of marijuana is not prohibited under the law of the state.  These policies should reflect updated changes to the law on marijuana usage and clearly state the impact of marijuana usage on federal employment.

The language was included by Rep. Charlie Crist of Florida along with protections for financial institutions to engage in activities with state-legal cannabis businesses.

In a release, Rep. Crist stated: “Voters across the country are saying yes to legalization. It’s time for the federal government to catch up with the will of the people. For folks from all walks of life, veterans, seniors, people facing chronic pain or disabilities, cannabis is an incredible source of relief – and that legal commerce is providing an economic boost to our communities. You shouldn’t lose your job if you need cannabis to live a healthy, normal life, and companies shouldn’t be at risk of operating a cash-only business in this day and age.”

You can read NORML’s full fact sheet on Marijuana Legalization and its Impact on the Workplace here: https://norml.org/marijuana/fact-sheets/item/marijuana-legalization-and-impact-on-the-workplace

According to the most recent FBI Uniform Crime Report, police made 659,700 arrests for cannabis-related violations in 2017. That total is more than 21 percent higher than the total number of persons arrests for the commission of violent crimes (518,617) in 2017. Of those arrested for cannabis crimes, just under 91 percent (599,000) were arrested for cannabis possession offenses, a slight increase over the previous year’s annual totals. Total cannabis arrests in 2017 increased for the second straight year, after having fallen for nearly a decade.

Thirty-three states, Washington, D.C. and the U.S. territories of Guam and Puerto Rico have enacted legislation specific to the physician-authorized use of cannabis. Moreover, an estimated 73 million Americans now reside in the ten states where anyone over the age of 21 may possess cannabis legally. An additional thirteen states have passed laws specific to the possession of cannabidiol (CBD) oil for therapeutic purposes.

Sixty-eight percent of registered voters “support the legalization of [cannabis],” according to 2018 national polling data compiled by the Center for American Progress. The percentage is the highest level of support for legalization ever reported in a nationwide, scientific poll.

Majorities of Democrats (77 percent), Independents (62 percent), and Republicans (57 percent) back legalization. The results of a 2018 nationwide Gallup poll similarly found majority support among all three groups.

To date, these statewide regulatory programs are operating largely as voters and politicians intended. The enactment of these policies have not negatively impacted workplace safety, crime rates, traffic safety, or youth use patterns. They have stimulated economic development and created hundreds of millions of dollars in new tax revenue.

Specifically, a 2019 report estimates that over 211,000 Americans are now working full-time in the cannabis industry. Tax revenues from states like Colorado, Oregon, and Washington now exceed initial projections. Further, numerous studies have identified an association between cannabis access and lower rates of opioid use, abuse, hospitalizations, and mortality.

NORML’s mission is to move public opinion sufficiently to legalize the responsible use of marijuana by adults, and to serve as an advocate for consumers to assure they have access to high-quality marijuana that is safe, convenient, and affordable.