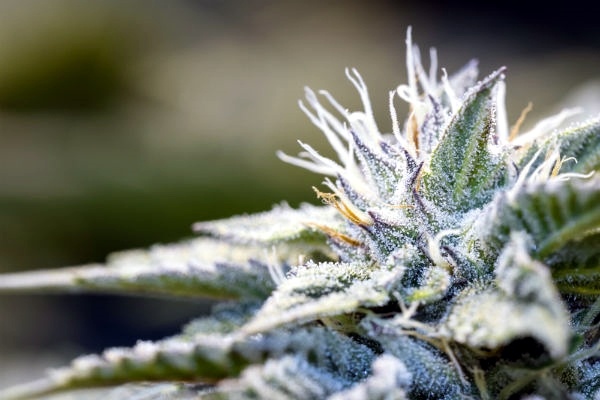 Flavonoids and their medicinal potential have largely stayed in the shadows of delta-9-tetrahydrocannabinol (THC) and cannabidiol (CBD); however, this might be about to change.

Recent studies shine a light under which flavonoids seem particularly promising, especially to certain cancer patients who rarely have even faint glimmers of hope.

Flavonoids have demonstrated their powerful anti-inflammatory, anti-oxidative, and anti-carcinogenic properties. [1]

While flavonoids from fruit, vegetables, and other more regular sources have been popular for a while, cannabis flavonoids are only now making their presence known, but they might do so with a bang.

Cannflavins A and B, which were discovered in 1986 by Marilyn Barrett, have been found to be 30 times more effective in soothing inflammation than aspirin. [1]

However, there’s a catch – these flavonoids constitute a miniscule percentage of the cannabis plant’s weight, meaning that obtaining the necessary quantity would take tremendous amounts of cannabis, which would not only be impractical, but unrealistic in practice.

But science tends to find a way around such limitations.

By tracing cannflavins A and B back to the genes from which their biosynthesis stems, through the use of biochemistry and genomics techniques, researchers from the University of Guelph in Canada have found the unique genetic pathway and the two enzymes responsible for the creation of the two flavonoids. [1]

Now, the researchers are already looking toward the next step — using these findings to “develop a biological system to create these molecules, which would give us the opportunity to engineer large quantities,” Steven Rothstein, one of the study’s authors, explains.

Pancreatic cancer is one of the rarest yet deadliest and most aggressive forms of cancer. However, there’s finally a reason to believe that this ravaging monster can potentially be kept at bay.

A study from Harvard University’s Dana-Farber Cancer Institute, published in Frontiers of Oncology, has found that a derivative of a cannabis flavonoid, called FBL-03G, has significant potential to battle pancreatic cancer. [2]

“The most significant conclusion is that tumor-targeted delivery of flavonoids, derived from cannabis, enabled both local and metastatic tumor cell kill, significantly increasing survival from pancreatic cancer,” Wilfred Ngwa, PhD, an assistant professor at Harvard and one of the study’s researchers, told Yahoo Lifestyle. “This has major significance, given that pancreatic cancer is particularly refractory to current therapies.”

Furthermore, the study stumbled upon a nice bonus — FBL-03G can “inhibit the growth of cancer cells in other parts of the body, representing metastasis, that were not targeted by the treatment.” These findings are in line with the ones of the Canadian researchers, who mentioned that the lipophilicity of cannflavins A and B is likely to enhance “uptake and bioaccumulation into cells and promote their interaction with membrane-bound enzymes and receptors that are involved in numerous cell-signalling pathways,” as well as their “access to various cellular targets.” [1]

Coupled together, these two studies might have huge implications for pancreatic cancer patients, other people who look at cannabis with hope for better health, and last but not least, for the scientific community that can achieve wonders by building on its different members’ findings.

Have you ever smelled the pungent scent of fresh c

The discovery of #antibiotics revolutionized thera

Plants need #light to #grow, and #cannabis is no d

Lovers of wine may know of sulfur dioxide (SO2). T

#Cannabis is a new #agricultural crop, so it is im