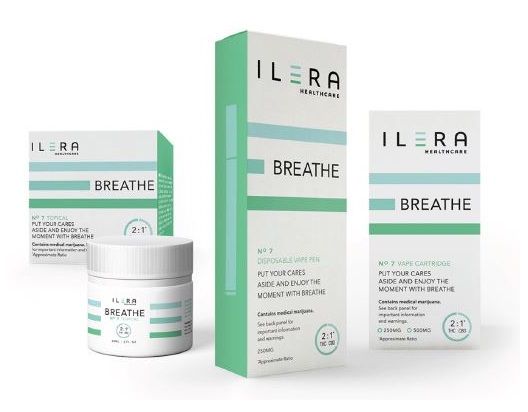 EVENING TO CONCLUDE WITH A PANEL DISCUSSION AND Q&A

WITH FILMMAKER STEVE ELLMORE, VETERANS, AND

PHILADELPHIA  (PA) Pennsylvania medical marijuana company and dispensary, Ilera Healthcare, will host a free screening of Unprescribed, followed by a panel discussion, on Friday, November 15th at 6:30 pm at Greater Plymouth Community Center in Plymouth Meeting.  The documentary film highlights medical marijuana (MMJ) as an alternative to the cocktail of drugs prescribed by military doctors for veterans struggling with PTSD, anxiety and other service-related health issues.

For many of our returning veterans, the battle continues out of uniform as they attempt to recover from war-related trauma through a multitude of prescription medicines. In his first feature-length motion picture, producer, director, and Air Force veteran Steve Ellmore presents us with stories from fellow veterans, spouses, and family members on coping with war-related injuries and the loss of loved ones due to suicide. After returning from combat these veterans are prescribed what many refer to as the ‘combat cocktail’ or ‘zombie dope,’ leading many to believe that suicide is a possible solution to their pain. The film takes a closer look at medical marijuana, which could provide a safer alternative for many returning soldiers. Unprescribed has recently won the Grand Jury Prize for Best Documentary Film at the Los Angeles Motion Picture Festival, Best Feature Documentary at the 2019 Cannabis Culture Film Festival and was the Be the Change Winner at the Colorado International Activism Film Festival. Unprescribed is also an official selection at the 2019 London Cannabis Film Festival, San Francisco Veterans Film Festival, and Honor Film Festival.

At the conclusion of the screening, Ellmore will join Ilera’s Chief Scientific Officer Dr. Oludare Odumosu ,  clinical psychiatrist Dr. Lynn Bornfriend, Ron Milward of Balanced Veterans, Bill Ferguson of Veteran Cannabis Coalition, and veteran advocate and social media influencer Derek Carter on a panel to further explore MMJ as it pertains to easing the physical and mental pain of those returning from the armed forces.

Also featured on the panel will be Christian Ryan, an MMJ advocate and US Army combat veteran, who served in Iraq. Besides advocating for veterans to have access to MMJ through his founding of the Veterans Medical Marijuana Advisory Council (V.M.M.A.C.), Christian, who is employed at Ilera, inspired the development of the company’s new  FREEDOM medical cannabis formulation.

Ilera Healthcare is Pennsylvania’s premier medical cannabis cultivator, processor, and dispenser, offering patients registered in the Pennsylvania Medical Marijuana program with products that provide the relief they want to lead healthier lives. Ilera Healthcare operates its primary dispensary in Plymouth Meeting, with plans to open two additional dispensary sites within the year. Through their state-of-the-art cultivation, extraction, and processing facility in Waterfall, Ilera Healthcare strives to drive medical advancements through its formulations and shape the future of medical cannabis-based therapies. For more information about Ilera Healthcare, visit http://www.ilerahealthcare.com.

In Unprescribed, Film Director/Producer Steve Ellmore investigates the medical cannabis debate and the veterans who risk everything to ditch the toxic combination of drugs prescribed by military doctors. In his first feature-length motion picture, Ellmore delivers accounts from fellow veterans, spouses, and family members coping with combat-related trauma and suicide. The film had won several awards, including the Grand Jury Prize for Best Documentary Film at the Los Angeles Motion Picture Festival, Best Feature Documentary at the 2019 Cannabis Culture Film Festival, and was the Be the Change Winner at the Colorado International Activism Film Festival. Unprescribed is an official selection at the 2019 London Cannabis Film Festival, San Francisco Veterans Film Festival, and Honor Film Festival.  Unprescribed is powered by Allegiance Films, a veteran-owned, independent film company specializing in documentaries that recognize and support service members and veterans for their commitment and sacrifices to our nation.  http://allegiancefilm.com