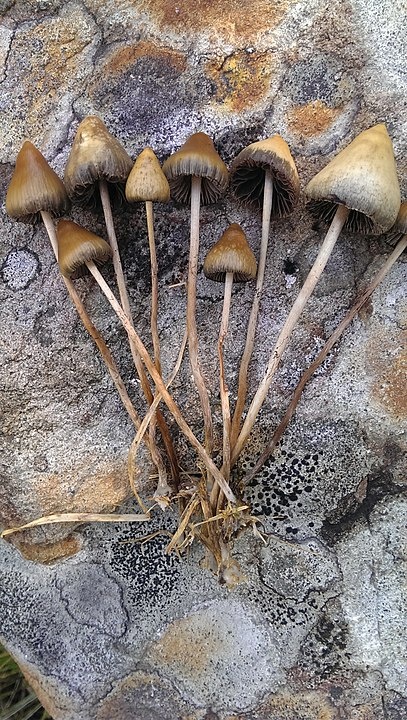 Some people say that psychedelics will be the new cannabis, which is ironic, since they both seem about as old as human civilization. Modern humanity needs something to conquer distressed minds. Some 16.2 million Americans are depressed; 40 million have anxiety issues; and nearly 300,000 veterans of the wars in Iraq and Afghanistan suffer from post-traumatic stress disorder (PTSD). These numbers are not receding, resulting in a progressively volatile situation. Traditional mental health strategies aren’t working fast enough or at all for many people, and we haven’t time to wait on the next best pharmaceutical thing.

Ancient substances like cannabinoids and psilocybin haven’t ever been extinct. Rather, they’ve been here the whole time, ready, waiting, eager for intelligence to overtake frightened gibberish that portrays as sinful the desire to escape the madness of the times and one’s own head, feel healthy and happy, and have a renewed focus on what’s really important. In reality, the fact that so many people have been prevented from accessing Earth’s flora to help heal physical and mental illnesses is a long-lasting, macabre crime against humankind.

As of 2017, Earth contained over 264 million people diagnosed with depression [1], a number that’s nearly 80% of the US population (328 million), or over 3% of the globe. How many more people suffering from depression, anxiety, PTSD, or a host of other medical conditions that could have benefited from cannabis or psilocybin is anyone’s guess. Whatever that number ends up being relates the tragedy of the long-standing indoctrination that these plants are dangerous.

Suicide is the 10th leading cause of death in the US and the 2nd leading cause of death for people between the ages of 10 and 34 (after unintentional injury). [2] Amongst our nation’s veterans, the scene is even more bleak with 20 veterans per day taking their own lives. Something needs to change as fast as we can bring it on. People’s lives are at stake.

So, thankfully, the University of Miami is currently evaluating the combination of cannabidiol (CBD) and psilocybin. UM researchers received $1,624,000 in funding from Tassali Life Sciences to evaluate the product for treating and preventing mild traumatic brain injury (mTBI) and PTSD. Up to 40% of people suffering from mTBI also have PTSD, which is even more common amongst the military.

These researchers are looking to prove their theories in animal studies with the goal of human trials in 2021. And while the US Departments of Defense (DoD) and Veterans Affairs (VA) might be anxious to find an effective option for treating mTBI and PTSD, the UM researcher Michael Hoffer, MD, said that “federal institutions are not going to give you support for this until you have shown that you have something… We will be able to compete for VA, NIH [National Institute of Health] and DoD grants with the data we get from this work. But someone had to step in and get us going on it, so we can develop the pilot data needed to compete for federal funds.”

It will be the dawn of a new age when federal institutions grapple with their scorn for these Schedule I drugs claimed to be devoid of any medicinal merit. The science is there, illuminating the path forward like supernova beacons. It’s high time that science supersede superstition. We all can be a part of the empowering revolution mushrooming before us in real time by doing our part to squash stigma and foolish bunk.