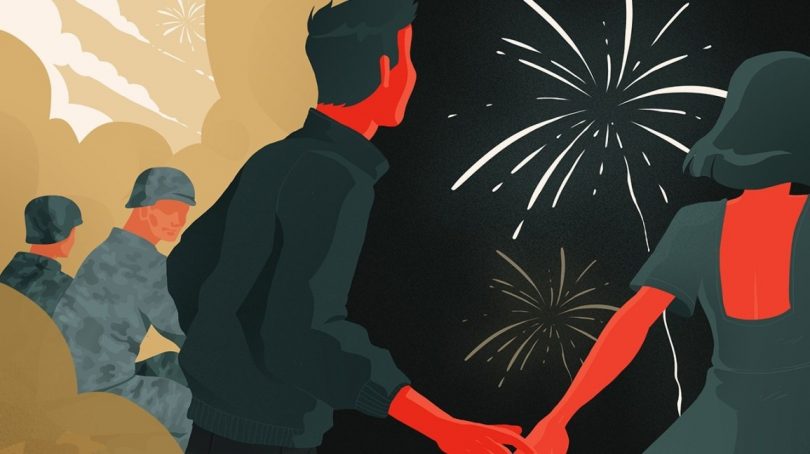 As we know, cannabis often proves to be the sole source of respite for many people suffering from post-traumatic stress disorder (PTSD). Now, using this knowledge as a starting point, a group of scientists may be on the path of discovering a worthy solution to the haunting condition that, so far, has proven too much for other medications.

Even though the good news may be coming from an early-stage, double-blind, placebo-controlled trial study in which all participants were healthy (they didn’t suffer from PTSD), that doesn’t make it any less promising. [1]

The study used 45 volunteers — 29 were given a placebo while 16 were administered 4 mg of a fatty acid amide hydrolase (FAAH) inhibitor per day for a total of 10 days. The point of the FAAH inhibitor is that it prevents FAAH from breaking down anandamide, the key endocannabinoids that help keep stress and anxiety at bay. [2] In the study, the inhibitor caused a “10-fold increase in baseline anandamide.”

“This was associated with potentiated recall of fear extinction memory when tested 24 hours after extinction training,” the study says. [1] Fear extinction refers to a type of learning in which traumatic memories can be curbed. Recall simply refers to the recollection of the memory. [3] “FAAH inhibition also attenuated autonomic stress reactivity, assessed via electrodermal activity, and protected against stress-induced negative affect, measured via facial electromyography.” [1]

In other words, as a result of the FAAH inhibition, participants could break free from fear-inducing associations. How exactly did the researchers come to this conclusion?

At first, participants were shown innocent images of a lamp; the visuals, however, were accompanied by the sound of nails scratching across a blackboard — as you can probably imagine, such a soundtrack can make anything into a horrific scene. The lamp came to induce fear in the viewers. But after the 10th day, they were shown the same lamp without the creepy sounds, and only the participants whose anandamide had built up as a result of the FAAH inhibitor managed to view the benevolent image as it was, detaching it from the sounds of fingernails scratching across a blackboard that were previously embedded in their perception of the visual.

This is what fear extinction memory is, and it is the core principle of prolonged exposure (PE), which is the only official treatment of PTSD currently, one that’s carried out with a therapist rather than a drug and has reaped limited results.

“The beneficial effects of FAAH inhibition on fear extinction, as well as stress- and affect-related behaviors, provide a strong rationale for developing this drug class as a treatment for PTSD,” the researchers say. [1]

Of course, what remains to be seen is how people who actually suffer from PTSD would react to this treatment. For now, this study gives them a strong reason to be hopeful.